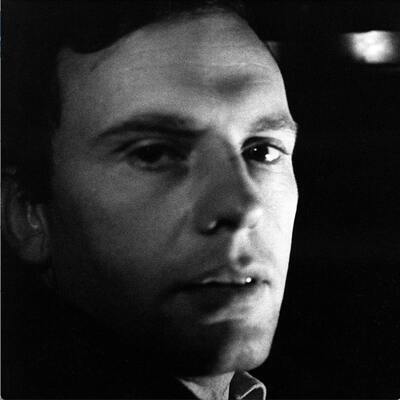 Jean-Louis Trintignant had one of the archetypal screen faces, a beautiful mask behind which we could see his mind working and judging everything around him. It was a severe face, often impassive or sullen, so that when or if he smiled it was an event. He had a very sensual mouth, but his eyes could seem hard and cruelly appraising, which is why he made his first big international impact in Claude Lelouch’s “A Man and a Woman” (1966) when he looked at Anouk Aimée with disarming tenderness. Was there a gentle man under all his hauteur and emotional armor? More to the point, would he kiss you, or kill you? It was that persistent, anxious question that animated his career from first to last.

Trintignant grew up with an industrialist father and a race-car driver uncle, and he himself took up race-car driving and did his own racing scenes in “A Man and a Woman.” He started to act on stage and was first noticed on screen in Roger Vadim’s “And God Created Woman” (1956), where both he and Bardot look very luscious and carnal as they walk around St. Tropez and walk upstairs to their bedroom to make love as jealous onlookers seethe. Trintignant was called up to military service, played Hamlet on stage, and re-emerged on screen for fairly small roles, but Jacques Demy filmed him lovingly in the short film “La Luxure” (1961), where he stared directly and seductively at the camera before pulling his hat down over his face.

After the success of “A Man and a Woman,” Trintignant took on leading roles in all manner of films of the late 1960s, many of them enjoyably sleazy fare like Umberto Lenzi’s “So Sweet … So Perverse” (1969), in which his pout was particularly alarming. The latent cruelty that seemed to lie behind his poker face was put to use in Alain Robbe-Grillet’s “Trans-Europ-Express” (1966), and he was an object of desire in Claude Chabrol’s “Les Biches” (1968), in which he co-starred with his first wife Stéphane Audran.

But then Trintignant revealed that he had the patience and the moral discrimination to be the center of Eric Rohmer’s “My Night at Maud’s” (1969), which consists mainly of lengthy philosophical conversations on Pascal, mathematics, and the ethics of love. Rohmer discovered just how riveting Trintignant’s face could be as we wondered how he would play his hand in jousting conversations with the beauteous Françoise Fabian. Trintignant and Rohmer both put across the proposition in this picture that choosing between two women can be a matter of life and death.

This feeling of risk came to a head in Bernardo Bertolucci’s “The Conformist” (1970), a film centered on Trintignant’s sinister passivity and the damage it is hiding, which his character seeks to ameliorate through the exercise of power and the retreat into fantasy. This is one of the major performances from a very rich period in film history, a performance that looks back to the past of the Fascist era in Italy but also points toward the future of people speaking honestly about child abuse and what it might do to an adult psyche.

No one who has seen this film can forget the gloating yet uncertain look on Trintignant’s face in the back of the car at the end, when Dominique Sanda is crying for him to help her. We can see that he knows he is damned, yet there is a part of him that is frozen, too, unable to respond. His character is missing that component of empathy for others, or it was destroyed or taken from him (this point can be argued). He seems to be thinking, “Does it matter?” And the answer is: yes and no, or perhaps. Alas! Like many of the major screen actors who were only at their best for certain directors, Trintignant is on the fence emotionally and intellectually, and the process of watching him sort that out will always be exciting, sexy, chilling, and dismaying.

Trintignant was working at a very steady rate after the one-two punch of “My Night at Maud’s” and “The Conformist,” and some of the commercial movies he starred in at this time were poor, but by 1980 or so, after Trintignant had turned 50 years old, he became more discriminating and apt to take roles that were a bit smaller than in his heyday. He worked with a very similar sort of performer, Isabelle Huppert, in Michel Deville’s “Eaux profondes” (1981), an adaptation of a Patricia Highsmith novel in which both Trintignant and Huppert have a sort of contest where they see who can be the most domineering on screen without moving a facial muscle. He played a theater director in André Téchiné’s erotic “Rendez-vous” (1985) in support of the young Juliette Binoche, and he also appeared, with authority and distinction, in Krzysztof Kieślowski’s “Red” (1994) and Patrice Chéreau’s “Those Who Love Me Can Take the Train” (1998).

Trintignant was semi-retired in the twenty-first century, and his personal life was marked by tragedy. With his second wife Nadine, a performer and director herself, Trintignant had three children, one of whom died of crib death in 1969. His youngest daughter Marie, a promising actor, was killed by her boyfriend, the singer Bertrand Cantat, in a hotel room in 2003. After the murder of his daughter Marie, Trintignant did not appear on screen again until he was asked to play the elderly man dealing with a wife in decline in Michael Haneke’s “Amour” (2012), in which his stony hauteur was visibly and touchingly diminished by age and trouble. Trintignant was not afraid, of course, to do the scenes in that movie that called for a touch of brutality. He knew what life was and how wretched it could be, and that knowledge of his was cloaked and wrestled with in “The Conformist” and then fully revealed for “Amour,” where lifelong love is tested, broken, and then left in ruins.

Trintignant returned one more time to the screen in Claude Lelouch’s “The Best Years of a Life” (2019), a little-seen sequel to “A Man and a Woman” in which he and the ever-glamourous Anouk Aimée speak to each other and then footage from the original movie is sometimes seen as a contrast. Trintignant made far greater films than “A Man and a Woman,” and yet there is something about the gorging on superficial beauty in that hit movie that feels like the antidote to some of the very grim and despairing scenes in his filmography.

There is a moment in “A Man and a Woman” where Trintignant and Aimée are driving in a car together, a scene shot in moody black-and-white. Trintignant looks over at Aimée, and for a moment he drops his usual mask; he looks vulnerable, beseeching, even boyish, yet with faint glimmers of his habitual air of menace. This close-up is a thing of complicated beauty, a kind of answer from Trintignant for all the disturbing insights into human nature in his more critically acclaimed features like “The Conformist” or “Amour.” This was a career with high points at all junctures, and the air of troubled mystery that Trintignant conveyed still glints like a knife in the dark.

No comments to show.